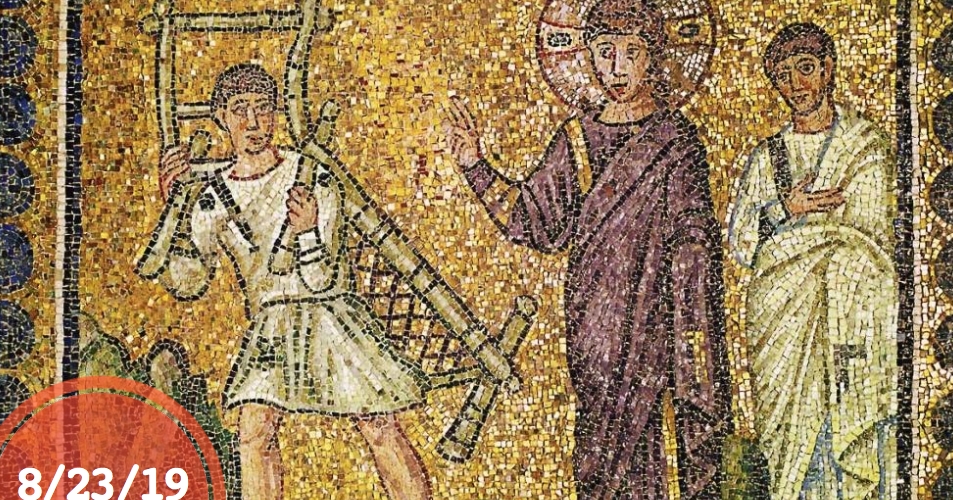 (This post is part of a blog series on the Gospel of Mark. I am sharing a few little tidbits from my own personal study of Mark over the last few months. Here is the post regarding chapter 1).

A Few Notes From Mark 2

4 And when they could not bring him to Jesus because of the crowd, they removed the roof above him; and after having dug through it, they let down the mat on which the paralytic lay. 5 When Jesus saw their faith, he said to the paralytic, “Son, your sins are forgiven.”

Take note of the phrase, “When Jesus saw their faith…” Faith is always demonstrated beyond the level of thought or intent. It involves a specific action or series of actions that are often visible and observable.

6 Now some of the scribes were sitting there, questioning in their hearts, 7 “Why does this fellow speak in this way? It is blasphemy! Who can forgive sins but God alone?” 8 At once Jesus perceived in his spirit that they were discussing these questions among themselves; and he said to them, “Why do you raise such questions in your hearts?

At the end of verse 8, the NRSV translates Jesus’ question as “Why do you raise such questions in your hearts?…” But I really like the way N.T. Wright translates it in his KNT (Kingdom New Testament) version: “Why do your hearts tell you to think that?” The origin of their question was not from their intellect. The question originated in their hearts and then began to take shape in their minds. Jesus accurately diagnoses that their issues with him were way beyond the cognitive level. The actual issue was resistance within their hearts.

In Mark 1 we see Jesus’ fame begin to grow.

In Mark 2 we see his opposition beginning to develop.

Notice the progression we see throughout the chapter:

So the opposition began on the heart level. Then it became a matter of discussion amongst themselves. Then their first approach was not to Jesus, but to question his disciples. And then finally they gathered the nerve to challenge Jesus directly.

Any true apprentice of Christ will at some point encounter opposition. Sometimes opposition is the result of a sincere misunderstanding. In these cases, a humble conversation can often make peace between opposing parties.

But often (as we see in Mark 2) the opposition is formed more fundamentally at the heart level. Typically in that scenario, no amount of conversation will bridge that divide. In the worst cases, even some of the most astounding works of God (like Jesus healing a paralytic, for example) will not be able to penetrate hardened hearts. In Mark’s gospel, the more Jesus heals people, the greater the intensity of his opposition, because the opposition was lodged deep within the hearts of his enemies. Therefore the brighter he shined, the more they hated him.

It takes wisdom and discernment to know when/how to engage and when to release an opposing party to God. But there is no way of following Jesus (actually following his teaching & example) that does not lead one through opposition, being misunderstood and misrepresented and conspired against in some form or fashion.

For the true follower of Jesus, one can only absorb the power of his love which empowers him/her to forgive, move forward, and take satisfaction in the opportunity to imitate Christ.

One thought on “Jesus and Opposition”

My Tweets
Join 5,479 other subscribers