(This post is part of a blog series on the Gospel of Mark. I am sharing a few little tidbits from my own personal study of Mark over the last few months. Here is the post regarding chapter 1).

A Few Notes From Mark 2

4 And when they could not bring him to Jesus because of the crowd, they removed the roof above him; and after having dug through it, they let down the mat on which the paralytic lay. 5 When Jesus saw their faith, he said to the paralytic, “Son, your sins are forgiven.”

Take note of the phrase, “When Jesus saw their faith…” Faith is always demonstrated beyond the level of thought or intent. It involves a specific action or series of actions that are often visible and observable.

6 Now some of the scribes were sitting there, questioning in their hearts, 7 “Why does this fellow speak in this way? It is blasphemy! Who can forgive sins but God alone?” 8 At once Jesus perceived in his spirit that they were discussing these questions among themselves; and he said to them, “Why do you raise such questions in your hearts?

At the end of verse 8, the NRSV translates Jesus’ question as “Why do you raise such questions in your hearts?…” But I really like the way N.T. Wright translates it in his KNT (Kingdom New Testament) version: “Why do your hearts tell you to think that?” The origin of their question was not from their intellect. The question originated in their hearts and then began to take shape in their minds. Jesus accurately diagnoses that their issues with him were way beyond the cognitive level. The actual issue was resistance within their hearts.

END_OF_DOCUMENT_TOKEN_TO_BE_REPLACED 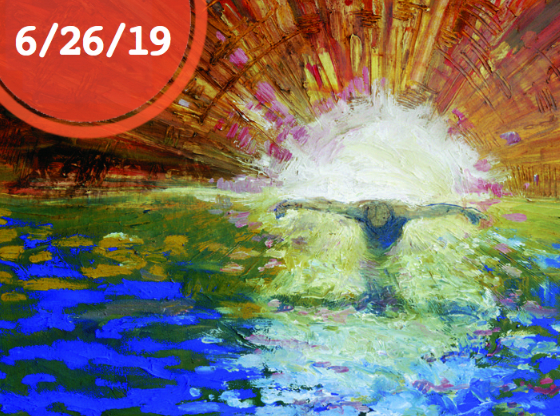 (Note: A few months ago I began an in-depth study of the Gospel of Mark. For the next several blog posts, I plan to share some of my ongoing reflections on a chapter-by-chapter basis. Nothing fancy. But I hope you can gain something in each entry. For space reasons, I will only include a small portion of my actual notes & reflections. Unless otherwise noted, I will be using the New Revised Standard Version. For theo-nerds like me, my primary commentary sources are Ben Witherington and N.T. Wright).