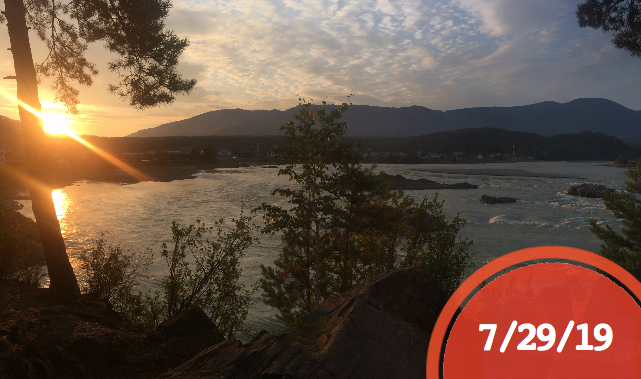 Several months ago my friend, Scott Holmes, invited me to join him for two weeks on a trip to Russia. Scott and his wife Kara (along with their two children) were missionaries in Siberia for several years beginning in 1993 (not long after the “Iron Curtain” had fallen). Since then, he returns for a short-term trip on an annual basis, usually bringing someone with him. On this particular trip we were preparing to speak at a pastor’s conference (among other things).

Prior to this trip, my knowledge about Russia was (and probably still is) embarrassingly lacking.

I knew the names of two cities: Moscow and St. Petersburg. I was familiar with the names of several of their communist leaders from the 20th Century (Lenin, Stalin, Kruschev, & Gorbachev). I had heard stories about the KGB. I also knew a bit about the historical prominence of the Russian Orthodox Church.

Other than that, anything else I knew about Russia came from the movie Rocky IV.

So this trip was quite an eye-opener for me.

There are so many cool experiences I could write about, but I normally like to keep these blog posts around 1,000 words. So let me just give you my main takeaway from this trip, and then I will close with a few quick, isolated anecdotes.

My big lesson from this trip was to embrace my limitations.

I have been preaching now for 26 years of my life. When it comes to preaching, there is never any substitute for the anointing of God, of course. But that doesn’t mean preachers should be lazy. Preaching is a craft. And I have always taken my craft quite seriously, working very hard to hone my skills.

But my reach as a preacher is still limited. For one thing, it is limited to my knowledge of language. In my case I can only speak one language fluently. As a communicator, I know the English language well enough that I can occasionally craft my words in such a creative way that it draws an emotional response from listeners.

I also know my own culture intimately (both nationally and locally). In my context, I know most of the communication pitfalls and how to avoid them. I also understand my listeners well enough to speak into specific challenges that are going on in their lives.

But in Russia, all of these tools were removed from my tool belt. The language and culture are completely unfamiliar to me. I had to speak through an interpreter. Which means that everything I said had to go through multiple filters. I could not rely on communication techniques (pace, inflection, flow, vocabulary, alliteration, etc.) that I have been so used to employing.

My limitations were rather glaring to me. And to a man who is so used to having such firm control over his message, this was a bit frustrating. But I came to see it as a valuable lesson. I am a finite human being. My reach is limited. And I must appreciate the unique giftings of other people, who can function well in contexts that I am not designed for.

I realize this may seem like an elementary concept, and I have known this on an intellectual level for a long time. But in Russia, this was an “aha!” experience for me. I felt like a monkey-wrench being used to hammer in a nail. Sure, it can get the job done, but that’s not really what a monkey-wrench is designed for. Going through this experience was, for me, a wonderful reminder that my limitations are a gift.

Looking up at the clock to see how much time I had remaining.

Okay, let me just throw out some interesting, isolated anecdotes: 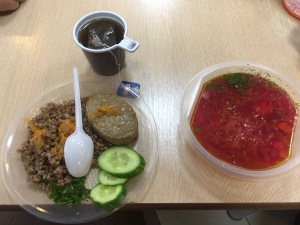 The inside of a Russian “banya.” 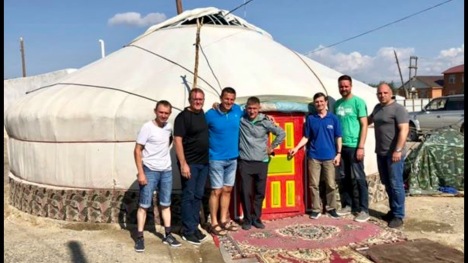 So I loved the trip. I’m grateful I had the opportunity to go. And I hope to one day return! Thank-you to each of you who prayed for me. Your prayers were answered.