A little over a week ago, Carrie and I were out of town for a few days. We were looking for a few things to do. A friend of mine had given me a strong recommendation for the movie, “Paul, Apostle of Christ,” starring James Faulkner and Jim Caviezel.

I have to confess, I am usually not an enthusiastic fan of “Christian movies” for a variety of reasons. Not to sound cynical, but it’s difficult for me to bear with the usually poor artistic elements. Generally, the acting and the writing are substandard, and the delivery of the message is pretty formulaic and uncreative.

Nevertheless, because this was a biopic of Paul, and because we trusted my friend’s recommendation, we decided to give it a shot.

We were pleasantly surprised. I mean, it’s not Gone With the Wind or anything. But it certainly exceeded our expectations on every front.

And there were particular elements that I really loved about the film. Obviously, with any biopic, there will be a certain measure of artistic license in play. But the film was very faithful to some rather significant and oft-forgotten realities that were experienced during the early movement of Christianity. 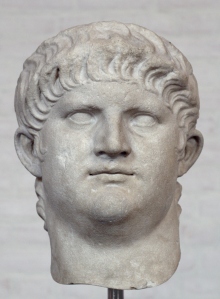 “In all their activities Christians are ‘filled with joy uttering and doing the precepts of the Lord,’ teaching their children never to lose hold of God’s commandments and hope. Christians have God’s laws inscribed on their hearts: ‘You shall not kill . . . you shall love your neighbor as yourself,’ and ‘to him that smites you on the one cheek, offer also the other. . . . You [must] patiently endure the severity of the way of salvation.’ At times this approach may lead to martyrdom; if it does so, the martyrs will confirm the truth of their words by their deeds, demonstrate patience to their executioners, and express love to the Lord.” – Clement of Alexandria

“The Christians’ focus was not on ‘saving’ people or recruiting them; it was on living faithfully—in the belief that when people’s lives are rehabituated in the way of Jesus, others will want to join them.” – Alan Kreider (The Patient Ferment of the Early Church)

For more insight into the growth and practices of the early Christian movement, I highly recommend Alan Kreider’s The Patient Ferment of the Early Church.

One thought on “Paul, Apostle of Christ”

My Tweets
Join 5,479 other subscribers